The most ironic part about being stationed in L.A. is that neither Neal nor I have ever paid much attention to celebrities or mainstream television. We haven’t had cable since 2010 so when we’re out with friends and talk turns to the fall line-up or the latest tear-jerking episode of This Is Us, we sit mute and clueless. You want to discuss how Poldark, the period drama from PBS, seems to have jumped the shark in the last couple of seasons? We’re on it. We can also chime in about our hopes for a season 5 of Sherlock or how much that ugly lamp appraised for on Antiques Roadshow. But don’t ask us about crime shows, sitcoms or, especially, military dramas.

I watched one episode of Army Wives, before I was even officially an Army wife, and hated it. “They make us look like goal-digging homewreckers!” I yelled from the living room one night. Neal and I finally did settle on The Unit for a few seasons and then went back to PBS after it was inexplicably canceled. Hollywood just couldn’t seem to zero in on an accurate depiction of military life. They were portraying it from a civilian’s perspective and the last thing we, as military families, needed was civilians perpetuating their own point of view. So, when I noticed signage for a multi-day taping of SEAL Team at the beach where our son had aquarium camp a couple of months ago, I largely ignored it. I posted a couple of pictures of the crew’s trailers on Facebook because that’s a fun perk to being stationed in this part of the country and then forgot about it…until a fellow military spouse tagged me in a Blue Star Families Facebook post about tickets to the upcoming SEAL Team premiere. 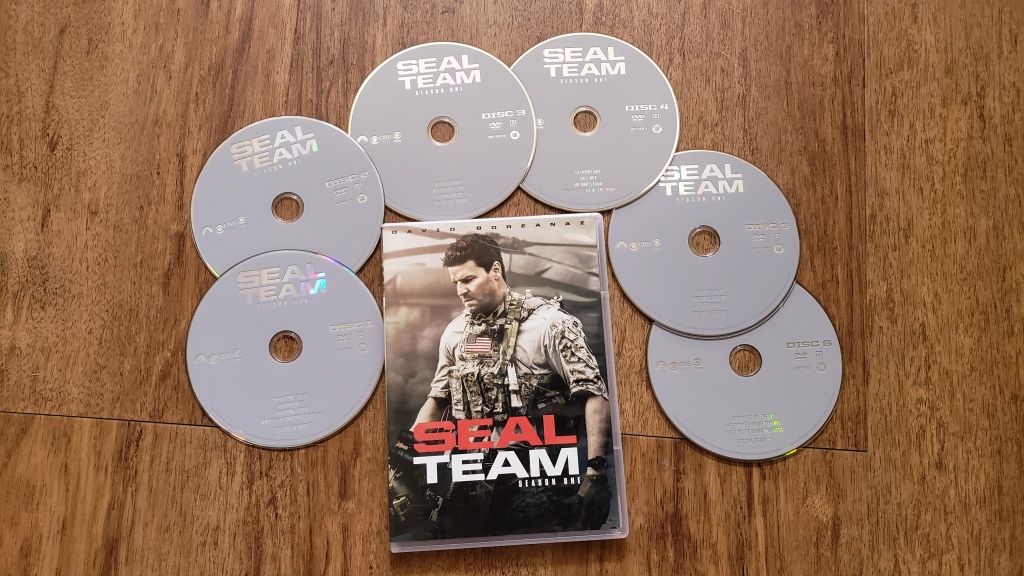 Meghan, a military spouse herself, has been with Blue Star Families for 8 years. When I confessed that my knowledge of Blue Star Families has been confined to where they have gotten us in for free, she laughed. “That’s OK,” she assured me. “Programs like Blue Star Museums are great, feel-good opportunities. They are wonderful morale-boosters for military families!” And it certainly opens the door for further conversation about Blue Star Families’ mission; to strengthen military families and our nation by connecting communities and fostering leadership. “It is our hope,” Meghan continued, “that once people find out about us they also find out about other programs we offer, including Blue Star Parks, Blue Star Books, Blue Star Spouseforce, the annual Military Family Lifestyle Survey and Caregivers Empowering Caregivers.” Exclusive events, like the SEAL Team red carpet premiere are just one more way Blue Star Families is supporting and enhancing military life.

“Over the last couple of years, Blue Star Families has worked with several different TV and movie production companies when the show or movie has somehow hit on an aspect of military life,” Meghan mentioned. From an episode of Disney’s Andi Mack where a character’s mom returned home from deployment to an upcoming episode of Magnum P.I., the premiere of season 2 of SEAL Team is yet another opportunity to bridge the gap between military and civilian communities. “What better way to do this than on a celebrity scale,” Meghan explained. “The cast is reaching out, through the show, to say they appreciate military families. They are also gleaning a glimpse into military life by researching and portraying a character in the military or a family member.” For our neighborhood families, it has truly been a win-win.

About a week after we RSVP’d for the event, I decided we should watch the show. I ordered the first season from Amazon and crossed my fingers, hoping it wouldn’t be a bust. From the first 10 minutes of the pilot, Neal and I have been completely sucked in. We’ve watched 2 episodes per night to get caught up before the premiere and we’re thoroughly enjoying the fast pace, the music and the character portrayals. Neal appreciates how accurate each episode has been so far, especially in regards to how Servicemembers speak to and behave around one another. And I applaud any show that can help me better understand his experience as a Soldier. He’s not a SEAL and I’m sure there are differences, but at least once during each episode he is next to me, cackling about some spot-on quip by Jason or Sonny. Last night, he was doing push-ups and sit-ups in preparation for an upcoming PT test while the opening credits rolled. It was very Hooah in our house at that moment.

As the days tick by, the excitement about this event has been building, both in our neighborhood and in our home. Meghan understands why. “We have found that these opportunities really resonate with our members. How cool is it to go and see a sneak peek of an upcoming episode and interact with the cast. They often will talk about the inspiration behind the show and how they get into character, even when they have had no previous experience in the military.” Sure, being stationed in L.A. has its advantages, but Blue Star Families is also ensuring that those advantages are extended to the military families stationed here.

I have a vintage clutch with a stash of questions for the cast and a back-up battery for my cell phone. My dress, purchased for an Army Ball six years ago, is hanging in the closet. Neal will shave his head and don a suit. We will take a lot of pictures and enjoy this unique experience together, with one another and with other military families. And we salute Blue Star Families for helping to make it all possible.

View all posts by allyinthesouth

One thought on “Walking the Red Carpet With Blue Star Families”

Tar Pit Park and Beach in Carpinteria...you have to see it to believe it. 😳Fun fact: the Chumash Native Americans used this naturally occurring asphalt to patch their canoes and called the area the "La Carpinteria", or "Carpenter's Shop", which is how the area got its name.
We've really made the most of the past 24 hours and more on that later, but this might be my favorite picture of the whole trip. Photographing baby harbor seals just south of Tar Beach. #WatchoutNatGeo
We really do. 🤣 #Littlefreelibraries
We finally admitted to our ages last night and decided that we couldn't leave Pedro at 6:30 PM and drive straight to Pinnacles NP. Grabbed some sleep at the local Days Inn (E: "I thought this was a gas station when we first pulled up.") And treating ourselves to breakfast at Denny's...("Sorry, we're open.") 🤣 Next up...6 miles on the trail! Happy Corporate Love Day everyone!
Today we teamed up with #bluestarfamilies and #starbucks to paint kindness rocks with families stationed in the L.A. area! We will hide them tomorrow and watch the love spread! #bsfstarbucks #bekind #kindnesscostsnothing
We got fancy and went to the unit dining out last weekend. The photographer, @louiethelens, was a blast and I really just want him to follow me around and photograph my life. If you are in the L.A. area and need a photographer, he's your guy!
Create your website at WordPress.com
Get started
%d bloggers like this: