I don’t know that there’s really anything like Natural Bridge, Virginia. Just about 80 miles southwest of Charlottesville and a lovely little stop on your way to Roanoke or Lynchburg, it’s best described as the ultimate in roadside quirkiness. So, when we were stationed at Fort Lee, Virginia, we obviously had to go out of our way to see what Natural Bridge had to offer. My only regret is that we spent just one night. I could easily have stayed another 3. 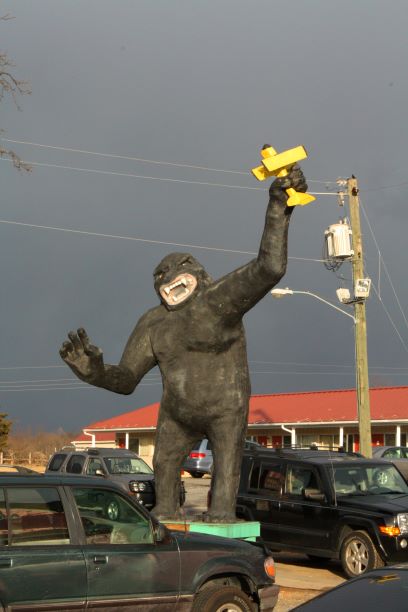 You know things are starting out on the right foot when your dinner spot has a welcoming party waiting in the parking lot. 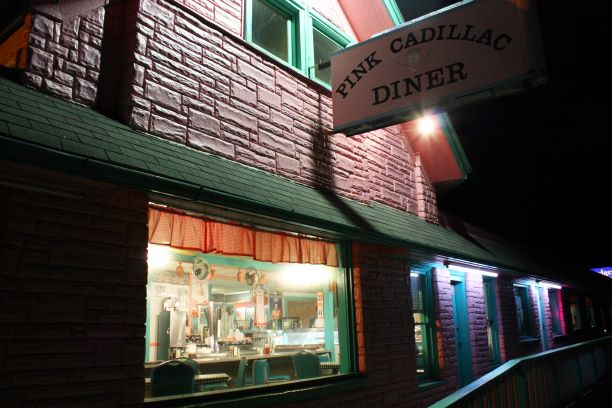 Anything painted pink on the outside must offer nothing but God’s divine mercy and fried chicken on the inside. 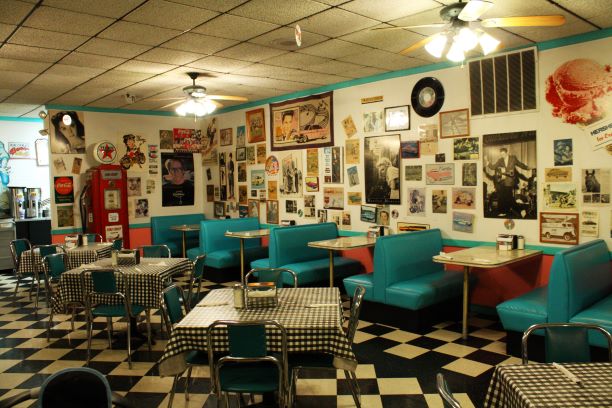 Don’t let the empty diner fool you. At the time, we were on a 5 month old’s schedule, which is roughly the same as a 95 year old’s schedule. We were there with the 4:30 PM dinner crowd.

Ah, but the piece de resistance was Foamhenge…which is exactly what you think it is – a life-size Stonehenge, made of foam. A faux-Henge, if you will. We took a questionable road about 1/4 mile onto someone’s private property. We hit a rock in one of the potholes, which flew through the grill of the Prius and put a hole in something that controls the air conditioner. It wasn’t a problem at the time, which happened to be during a record-setting cold front on Valentine’s Day weekend, but by July I was having some regrets. Nonetheless, we saw what we came for and I can honestly say, it looked a whole lot like that other one. 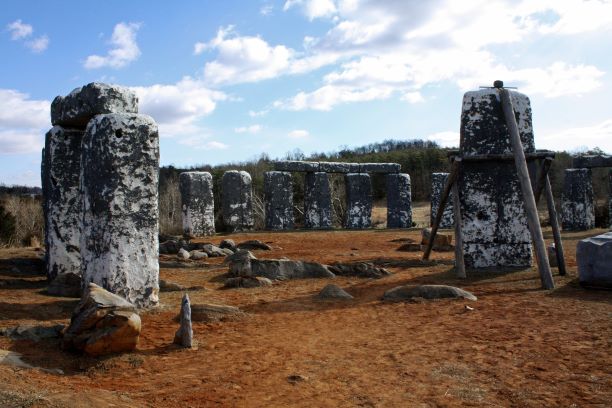 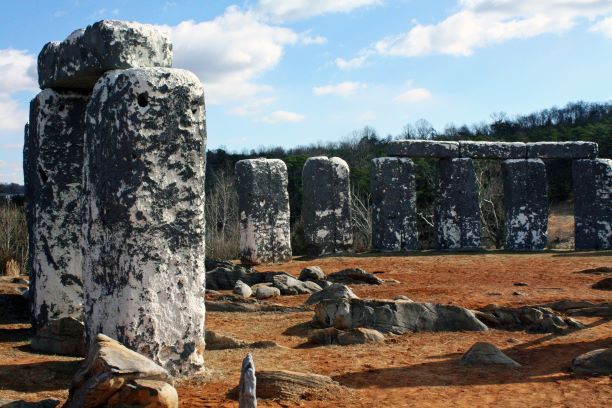 Not long after we visited, the owner decided to dismantle this monstrosity on his private property and move it to Centreville, Virginia. It is actually said to be more photogenic than its original location and the one across the pond because it is set against the backdrop of the stunning Blue Ridge Mountains. Further proof that sometimes one visit is just not enough. Here’s the full story on Foamhenge and its creator, Mark Cline: https://www.roadsideamerica.com/story/9209

View all posts by allyinthesouth